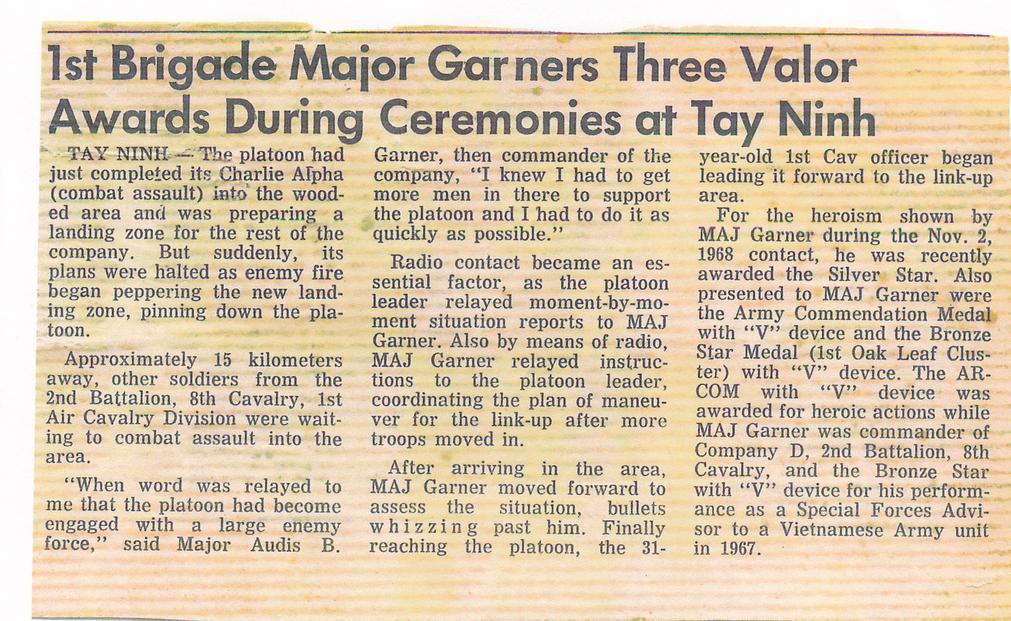 This represents two days (June 3 & 4, 1968) with D/2-8. During this 35 hour period one NVA was confirmed dead and one wounded, one GI was killed (body not recovered) and two were wounded. Battalion confirms we are up against the NVA 10th Sapper Battalion. As you read the daily journal you may think that this seems to be a lot of action for just two days. It wasn't, as we continue you will see that it was a typical two days in the field.

"Hopscotching" around enemy strongholds split the NVA up into smaller units

which we would ambush at night when they would be on the move. The NVA

them in the daylight. The Air Medal was awarded after your 25th Combat Assault in the 1st Air Cav.

Supplies were sent out from a rear base camp usually every other day. These

and pick up guys going out. "Angry Skipper" skytroopers are pictured here

unloading supplies. They usually landed amid the Company's perimeter.

Thus the end on one week in the field. On the 11th of June the Company airlifted to LZ Betty where they took up base defence for the next six days. Base defense of a Landing Zone was considered rest for us Infantrymen. Vets who served in Artillery Units will tell you it was hell being on forward arty bases but it was nothing like being out in the "boonies". When we were on LZ's we'd get our packages from home and sometimes get a change of clothes and a hot meal. On the LZ's we had bunkers for some protection although we didn't sleep in them because of the rats. We slept on top of them and would scurry into them if we started getting incoming rounds.

We airlifted off LZ Betty on June 18th for LZ Pedro where we took over base defense for two more days before heading back to the field on June 19th.

RECON by FIRE, using the M60 machinegun which fired a tracer round every fifth bullet. Spraying the jungle in the area where suspected NVA positions might be would sometimes cause them to return fire and reveal themselves. This was called RECON by FIRE.

This was my first actual face to face meeting with the enemy. We were on the top of a small hill parallel with a trotter when four NVA came down the trail and stopped briefly, starring into our direction but failing to notice us. They turned and continued down the path into White Skull's 1st squad machinegun. I found it amazing to look directly into the faces of four enemy soldiers no more than twenty feet from me in the jungle and not be seen by any of them. How many times did they watch us go by?

This completes one full month (3 June to 3 July 1968) in the activities of Angry Skipper in Vietnam.

During This 30 day period (most of which was my 1st month in Vietnam), D2/8 Cavalry made 4 Air Lifts, 4 Combat Assaults, Killed 10 enemy soldiers while wounding an unknow amount and captured one POW. We lost 3 US killed and 4 wounded, we found and destroyed over 40 enemy bunkers and captured numerous ememy weapons and supplies. This would be considered a typical 30 days for us in Vietnam. Some months were worse and a couple were better. Fire Support Bases were called Landing Zones by Air Cavalry Units. They were carved out of the jungle or woods or were in an open area where ever they could provide the best support for the Infantry units. Artillery Batterys of 105mm and 155mm guns, a command center, an aid station, a munitions supply dump, a landing pad for helicopters and sometimes a landing strip for C-130's, and surrounded by a company of infantrymen in bunkers, that's what an FSB was. Here Tommy "Smiley" Harris stands watch behind his M-60 on LZ Carol in the mountains near the Laotian border. More to come!

I will continue this daily log up to July 22nd, 1968. That's where I'll cut it off as far as day to day entries go. I will then focus on entries that involve some of our larger firefights. 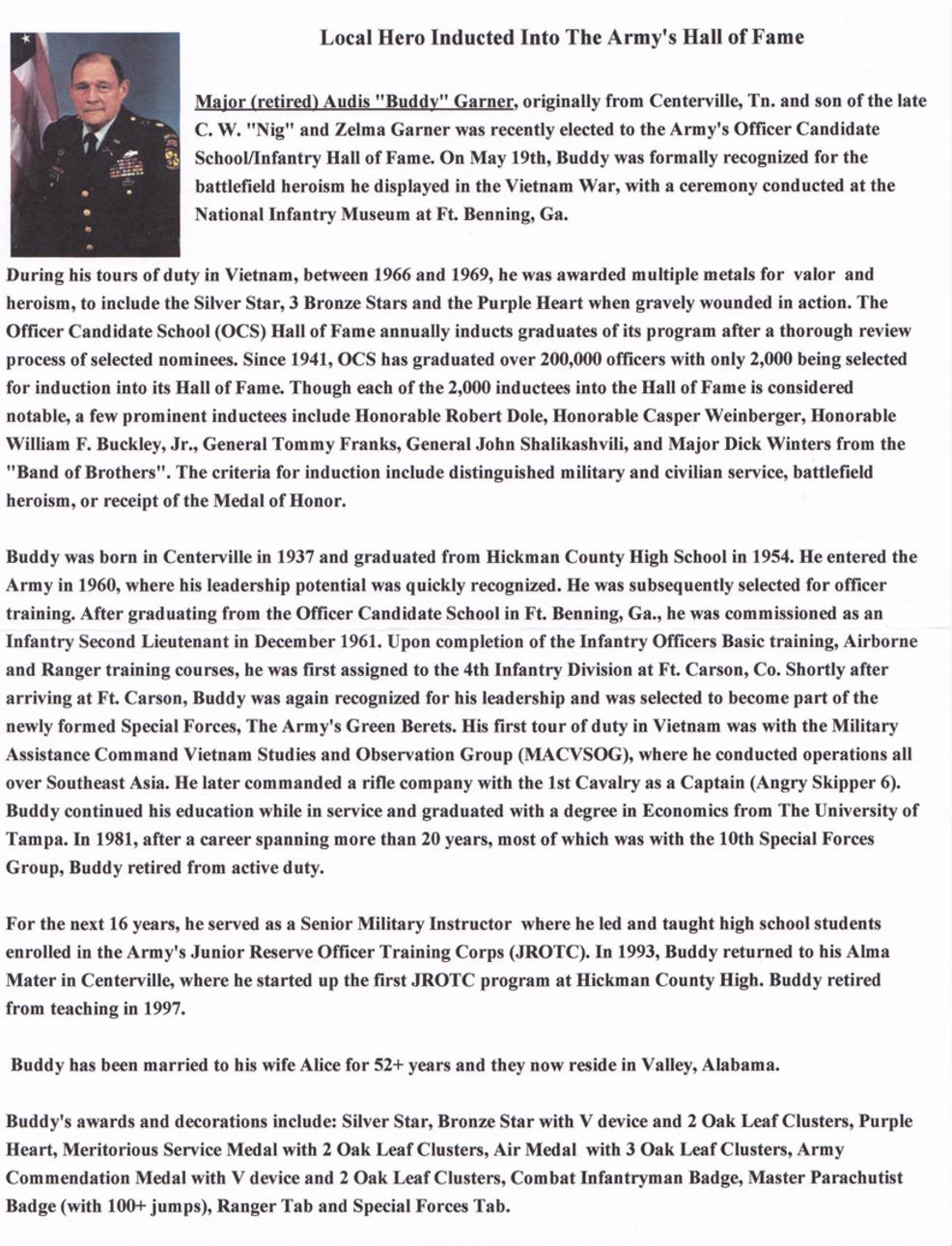 Mike "Mouse" McGhie with the M-60 machinegun pictured with